You can buy the FY3224S 24MHz Dual-channel Arbitrary Waveform DDS Function Signal Generator for the reduced price of $65.55 during May 2016 by using the following discount code at the link below. The signal generator is featured in a few of my videos and is a good value unit for the functionality it offers.

I recently purchased a used 10A Carroll & Meynell Variac from eBay for use in the lab, however the variac often caused the 32A B-curve MCB in the consumer unit to trip due to the high inrush current of the variac core. To prevent this from happening and to add a few additional features I created the soft start circuit outlined on this page.

The idea of the soft start circuit is to limit the inrush current whilst the variac core is first magnetising. There are many ways to achieve this and most involve adding some form of resistive element in series with the transformer to prevent the transformer appearing as a very low impedance to the mains AC supply.

The method used in this project was to use a high power resistor in series with the transformer to limit the current. Once the current has settled, the resistor is shorted out by a relay to then allow the full load current of the variac to be drawn from the mains.

The schematic is attached below:

The electronics adds a few additional features such as an emergency stop button and remote control of the variac, however, it’s worth noting that this is not really a suitable ‘Emergency’ stop button which should really be a fully hardware implemented solution – NOT involving software running on a microcontroller!

The contactors used in this project are a little bit on the physically large side, partly due to the plug-in form factor: 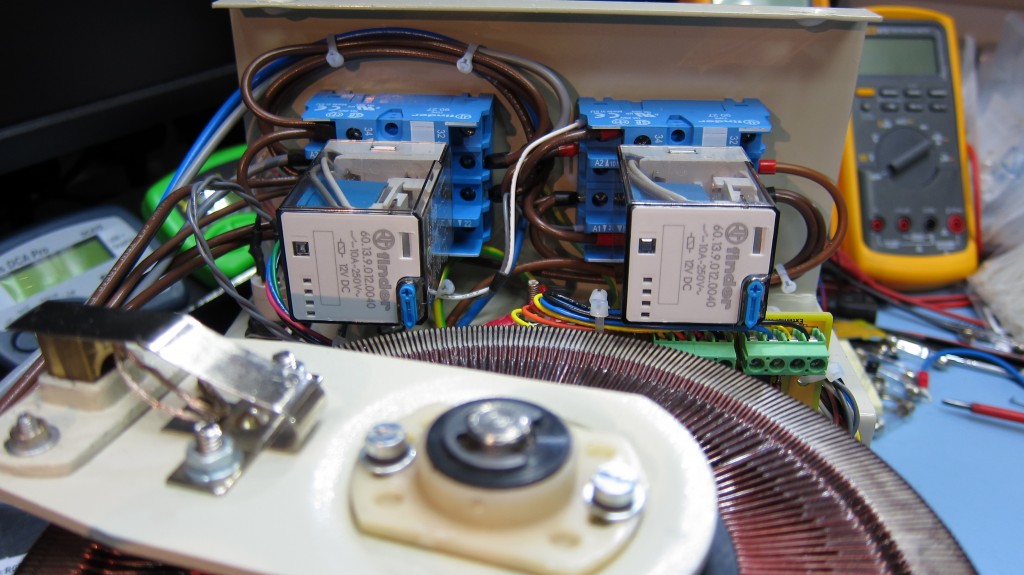 Squeezing everything into the box was a little bit of a challenge, so the PCB is tucked in near the variac core: 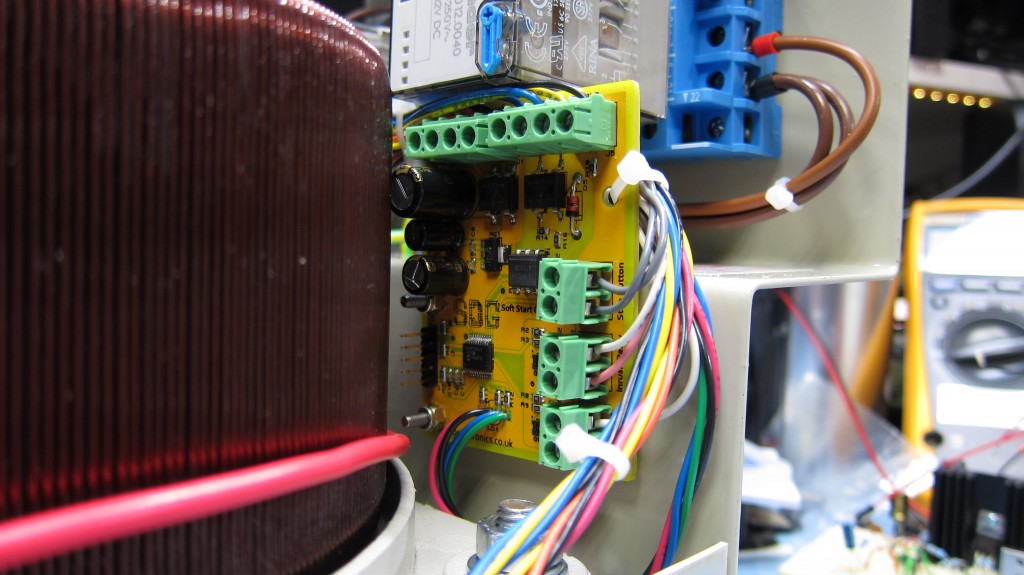 The electronics also needed their own power supply. If the overall current draw of the electronics and contactor coils was less than about 50mA, I would have been tempted to just use a simple non-isolated capacitive dropper circuit from the mains, however I chose to use a small linear power supply with a toroidal transformer: 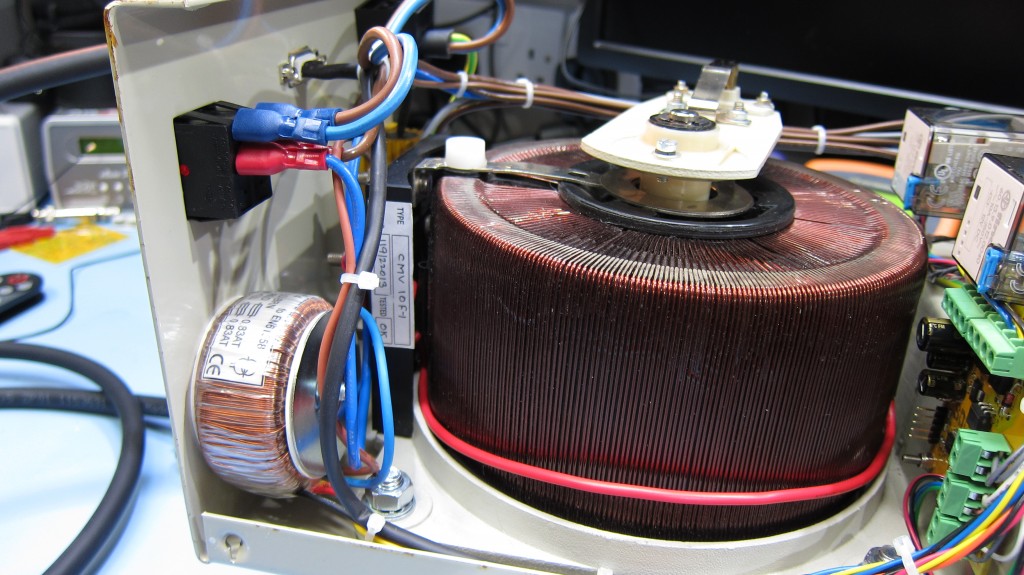 When assembling the device together, it was important to make sure there was enough clearance around the variac core and the wiper assembly – the whole wiper becomes energised when the variac is powered up!

Here is the completed photo of the internals of the variac: 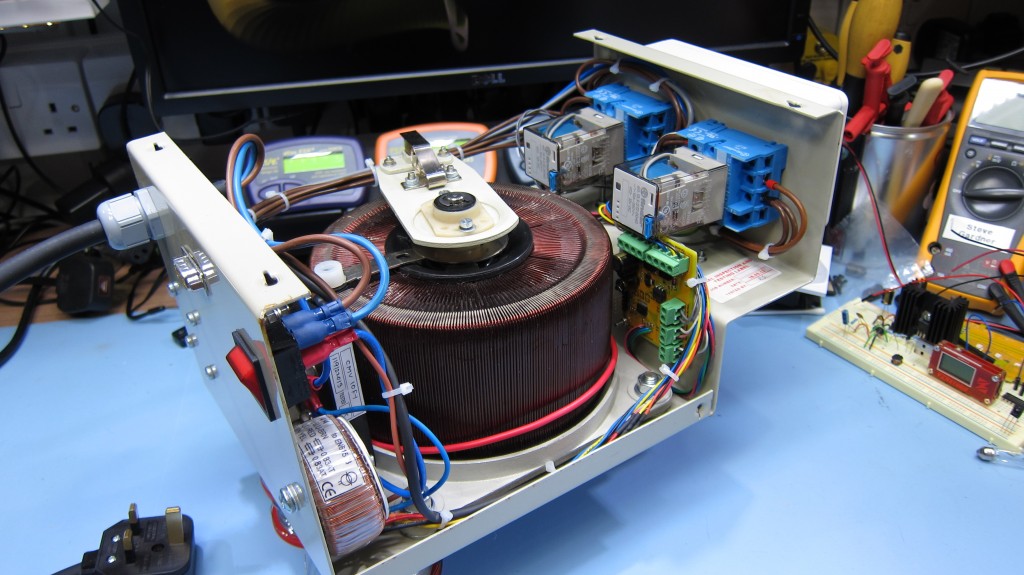 And finally with the covers on: 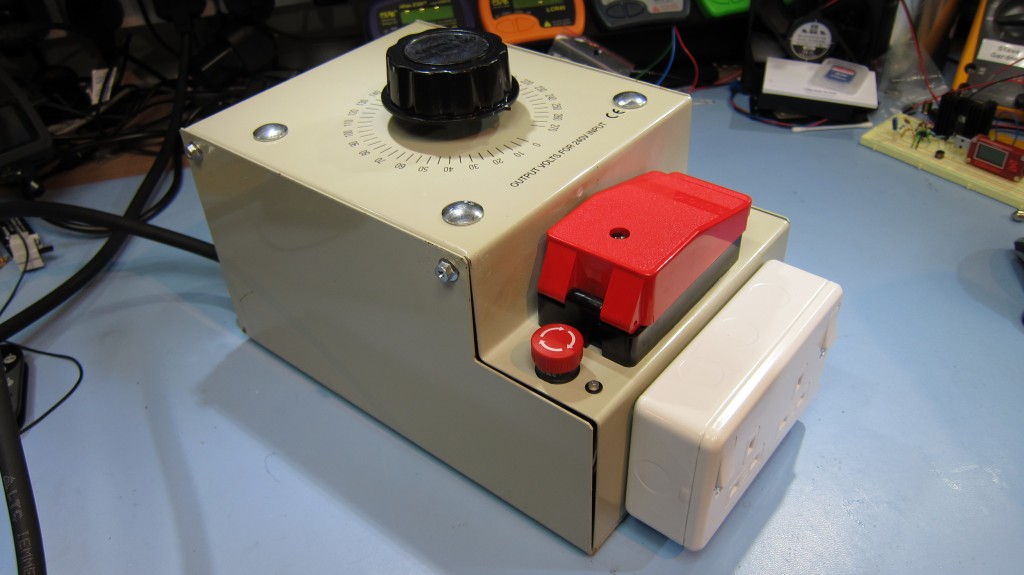 This uses an interesting ADC from Microchip Technology – the MCP3421 with a single channel low-noise, high accuracy delta-sigma A/D converter.

In this video, Steve disassembles a Cambridge Audio A4 Integrated Amplifier which he rescued before it was thrown away. The amplifier is refurbished with new electrolytic capacitors and a clean inside before performing a modification to make the dials on the front panel glow. 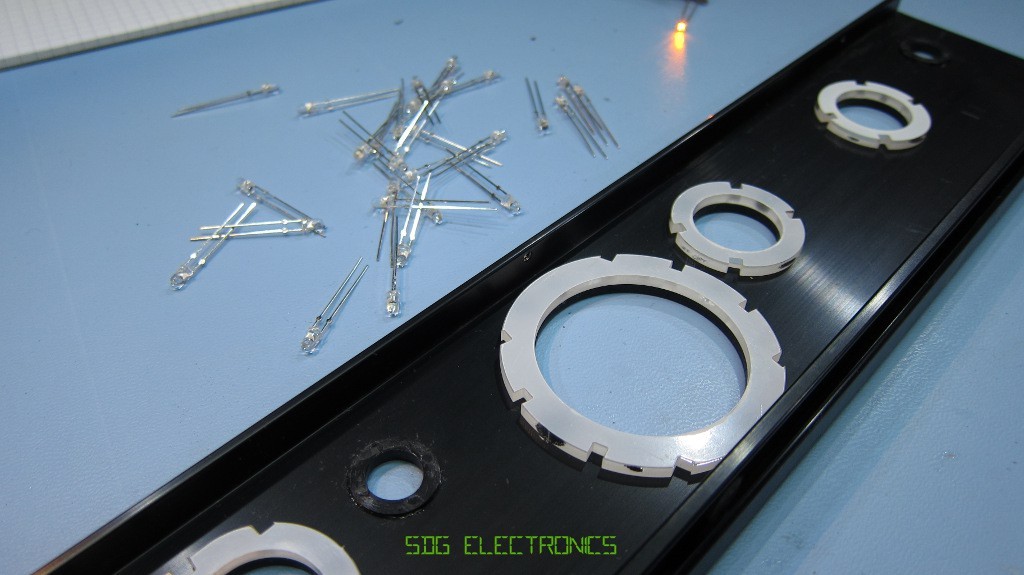 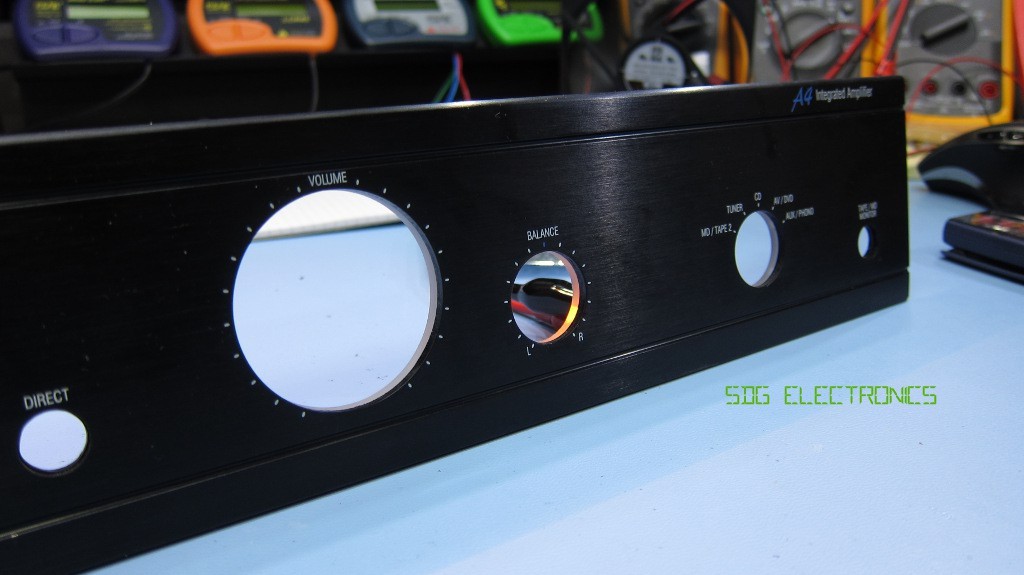 Testing the acrylic rings with an LED

The video of the process is here on YouTube:

In this video, Steve builds a 6 digit LED clock from some Kingbright SA23-12SRWA 7 segment displays and a Microchip PIC18F26K20 microcontroller. You can build one for yourself with the schematics posted under my LED clock page

In this video, Steve performs a Hi-Fi Amplifier repair and teardown on an Acoustic Solutions SP101 Hi-Fi Amplifier that displays Error U52 or U53 on the display. The amplifier is unable to store tone and balance settings and doesn’t always respond to changing the volume with the rotary encoder.

The video walks through the design of the amplifier, the repair and also the replacement of the rotary encoder.

In this video of a Samsung LCD TV repair, Steve investigates the cause of some odd picture quality issues on a 46″ TV. Primarily the TV seems to have lost any colour depth, brightness and contrast, yet the controls have very little effect despite the backlight output not being affected.

In the following videos, Steve performs an LCD monitor repair on a faulty BenQ 19″ Monitor that would not power up correctly and regularly displayed the ‘Auto Adjust’ message.

The Peak Atlas ESR70 meter is used to test suspicious electrolytic capacitors in the power supply.

In this video Steve interfaces the DC-DC converter circuit with a Microchip dsPIC33FJ16GS502 microcontroller to create a microcontroller-based constant current LED driver.

In the first episode of a complete video series, Steve begins the design of a constant current LED driver. This aim of this project is to create a four channel high power LED driver that can interface with an RS-485 or IEEE 802.15.4 MiWi™ network. This will allow control of multiple light fixtures or multicolour mood lights from one or more lighting controllers.

This first episode focuses on the design of the DC-DC converter which is optimised for use on a 24V power bus which a high switching frequency for small size. The components can be changed for other applications (different supply voltages or switching frequencies) using the concepts introduced in this video.